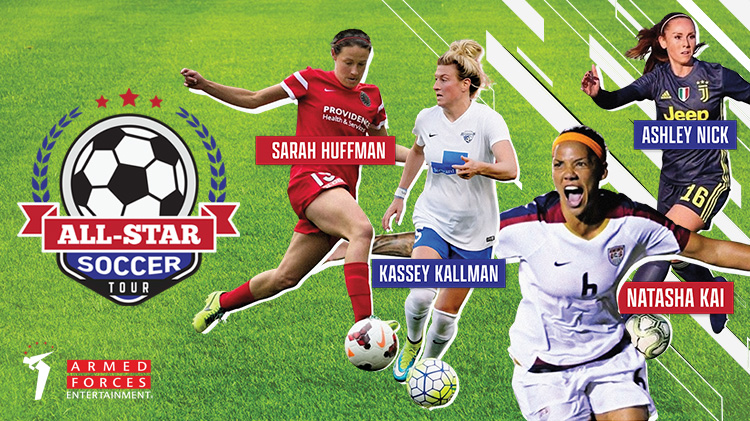 9:45 a.m. - Meet & Greet with students at the Stuttgart High School

Huffman was born in Danbury, Connecticut. She attended the University of Virginia where she was a 4 year starter. She was a two time NCAA All American, a two time Soccer America MVP, and a three time first team All ACC selection. She started playing professionally in 2007 for the Washington Freedom and helped the Freedom to a W League Championship. The top pick in the 2008 Women’s Professional Soccer (WPS) draft by the Washington Freedom, Huffman played six professional seasons. From 2009 11, Huffman played with the Freedom and magicJack of WPS and also played professionally in Norway in 2008 with Røa IL, helping lead the team to a Norwegian Women’s Cup. During the inaugural NWSL season in 2013, Huffman appeared in 14 matches (11 starts) for the Western New York Flash and started each of their two playoff games, playing 72 minutes in the championship match. Internationally, Huffman was a member of the U 16, U 17, U 19, U 21, and U 23 United States Women's National Soccer Teams. She helped her team win the 2002 FIFA U 19 Women's World Championship and won the Nordic Cup with the U 21s in 2004, 2005, and 2007. In 2010, she was called to play with the United States women's national soccer team. She retired from the sport in 2014 and became an assistant coach with her alma mater, the University of Virginia.

Kallman’s first ever US National Team call up came in January 2011 after her freshman season at FSU when she was invited in with the U.S. U20s. Kallman became an important member of the U 20 US national team that won the FIFA U 20 World Cup in Japan in 2012. She star ted and played all 450 minutes of the qualifying games, leading the squad in minutes and served as team captain in the final pool play match against Panama. In December of 2013, Kallman was part of the U.S. Under 23 Women’s National Team camp in Florida. In February 2014, Kallman was among six players recently drafted into the NWSL and five members of the U.S. team that won the 2012 FIFA U 20 Women's World Cup that
were called up by Coach Steven Swanson to represent the USA in La Manga, Spain, for the 2014 Six Nations Tournament. The USA won the tournament, defeating the U 23 sides of Japan (1 0), Sweden (2 1), and Norway (2 1) as Kallman went the full 90 against Japan an d Norway. In the second collegiate draft for the National Women's Soccer League, FC Kansas City selected Kallman with their first pick, th e f ifth pick overall. Kallman helped the Blues win the 2014 NWSL Championship. She was traded to the Boston Breakers for Heather O'Reilly in 2014 a nd played for the Breakers for two seasons. Kallman played for the Washington Sprit in 2016 and holds an NWSL record for the most consecuti ve minutes played. She set the record in her second match with the Spirit, extending it to 4,019 minutes before being substituted in the 59 th minute of a May game at Seattle Reign FC. Kallman’s record extended back into the 2014 season. Kallman burst onto the ACC women's soccer scene, leading the Florida St Seminoles her freshman year in minutes played and was the only true freshman to start every game while being name d Second Team All ACC, to the All ACC Freshman Team and was a Soccer America First Team Freshman All American. That year, Kallman scored her first collegiate goal against in state rival the Florida Gators in the 89th minute to send that game into overtime. She followed that up as a sophomore by playing every minute of all 26 games for Florida State while helping the Seminoles to their first ACC Championship and fifth NCAA College Cup appearance. She was then named captain for her junior year, leading The Seminole defense that blanked their first eight A CC opponents in route to claiming the ACC regular season title for the second time in school history, and continued her senior when she was a He rmann Trophy Semifinalist and Honda Award finalist. She was the first player from Florida State to be named ACC Defensive Player of the Ye ar and even from the backline, Kallman had two important game winning goals in a senior campaign that came just short of a national championship, losing to UCLA in the final. That year she led a Seminole defense ranked in the top 25 nationally in goals against average (7th) and shut out percentage (17th), while their 15 shutouts are the second most in school history two off the school record of 17 set her junior year. Kallman tallied 94 career starts in four seasons at Florida State with 27 points on 10 goals and seven assists, tying her for the seventh most starts in  school history.

Nick played college soccer at USC from 2005 to 2008 She was named to the All Pac 10 First Team in 2007 2008 and was the Captain of USC’s first National Championship team in 2007 She is arguably one of the most talented players to compete for the Women of Troy Nick played for professional leagues in Netherlands, Norway, Russia, Cyprus and Italy Nick began her professional career for FC Twente in 2010 where she was team captain and helped lead the team to the Eredivie Title In 2012 she moved to Toppserien side Arna Bjørnar Nick won the 2013 W League Championship and was named Championship MVP with the Pali Blues Nick spent two seasons with Sky Blue FC 2013 2014 before signing with the Houston Dash ahead of the 2015 season Midway through the 2015 season, Nick was traded to the Western New York Flash In the 2015 16 American off season, Nick scored five goals in six Cypriot First Division games with Apollon Limassol She signed with Sky Blue FC in March 2016 for her second stint with the team In September of 2018 she joined Italian Serie A club Juventus, becoming the first American player (male or female) to join Juventus. She was a part of the 2018 19 Juventus F C team that won championships in both the Serie A and Coppa Italia Championships She played with Kansas City in the NWSL as recently as the 2021 season, Nick competed with the under 23 U S National Team in 2008 training in Spain She also played on the Under 15 Under 17 and Under 20 US National Teams.

A holiday event for the community to enjoy! 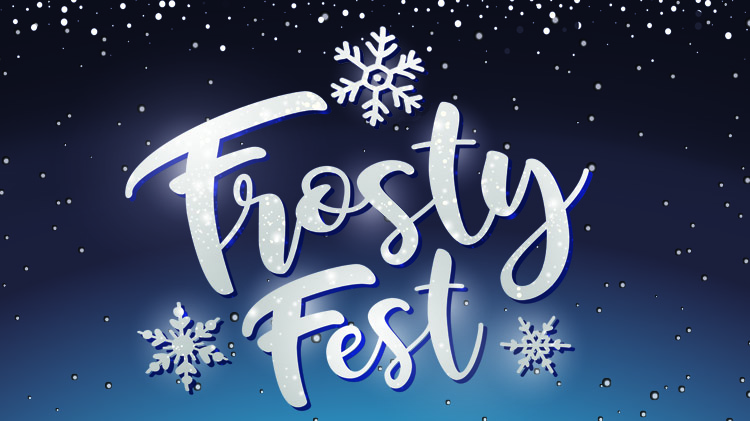 A holiday event for the community to enjoy!

If you want to head back, hit cancel.